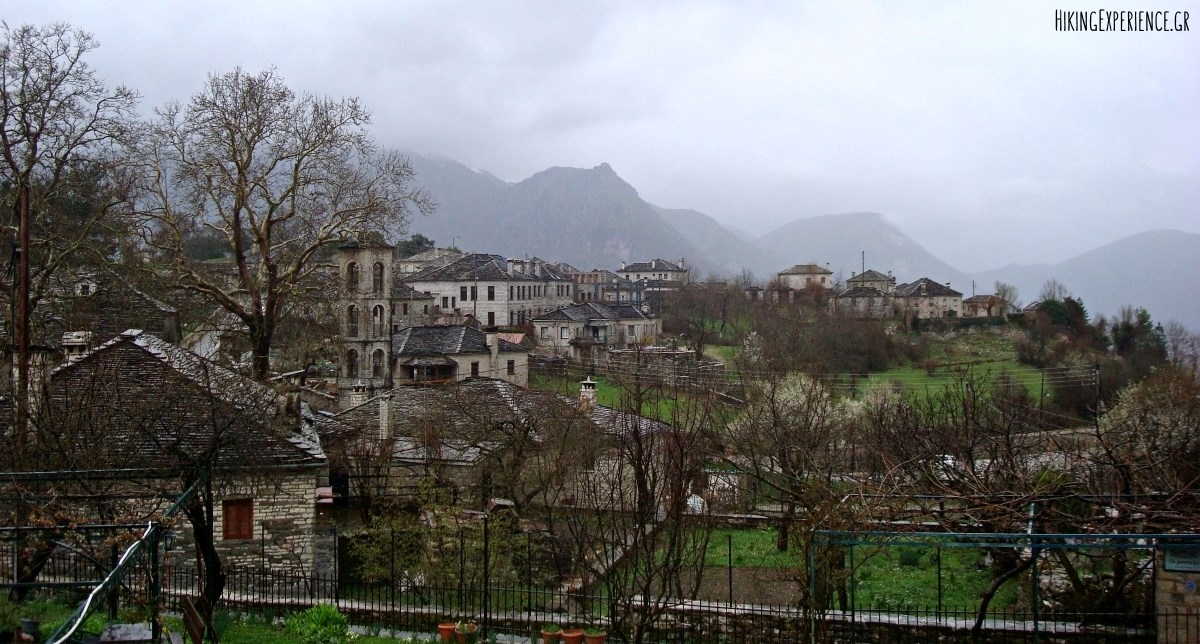 The traditional village of Megalo Papingo

Papingo is a former community in the Ioannina regional unit, Epirus, Greece. Since the 2011 local government reform it is part of the municipality Zagori, of which it is a municipal unit.

The municipal unit has an area of 34.131 km². It is located in the Vikos–Aoös National Park. 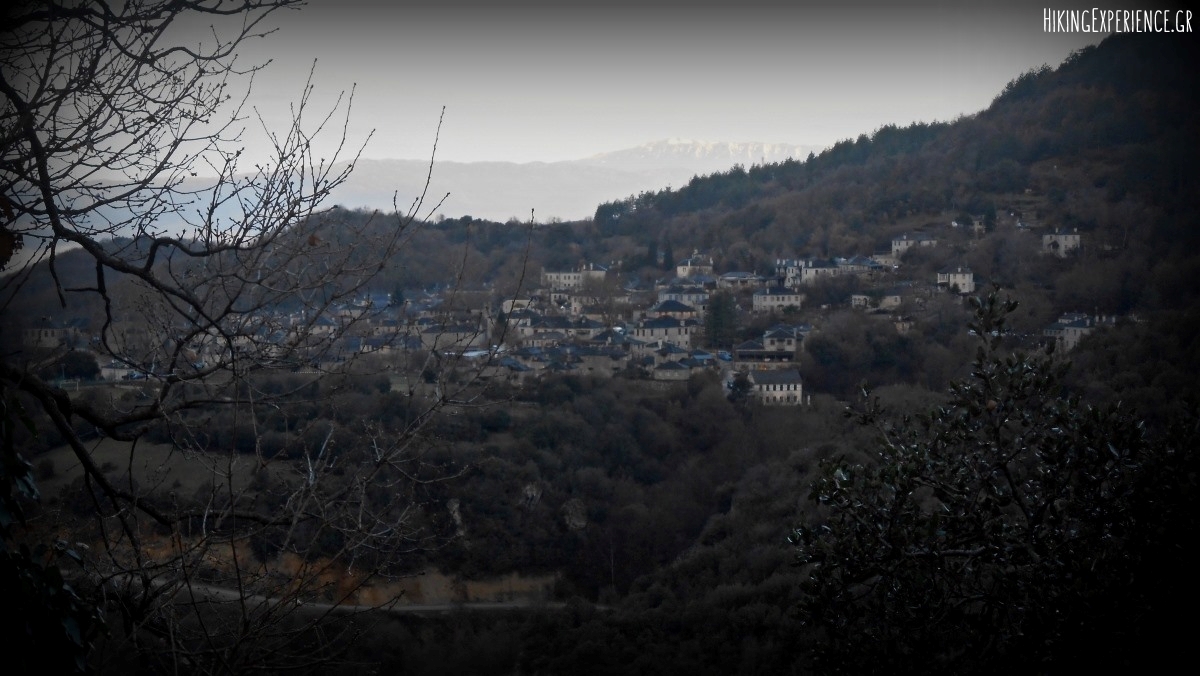 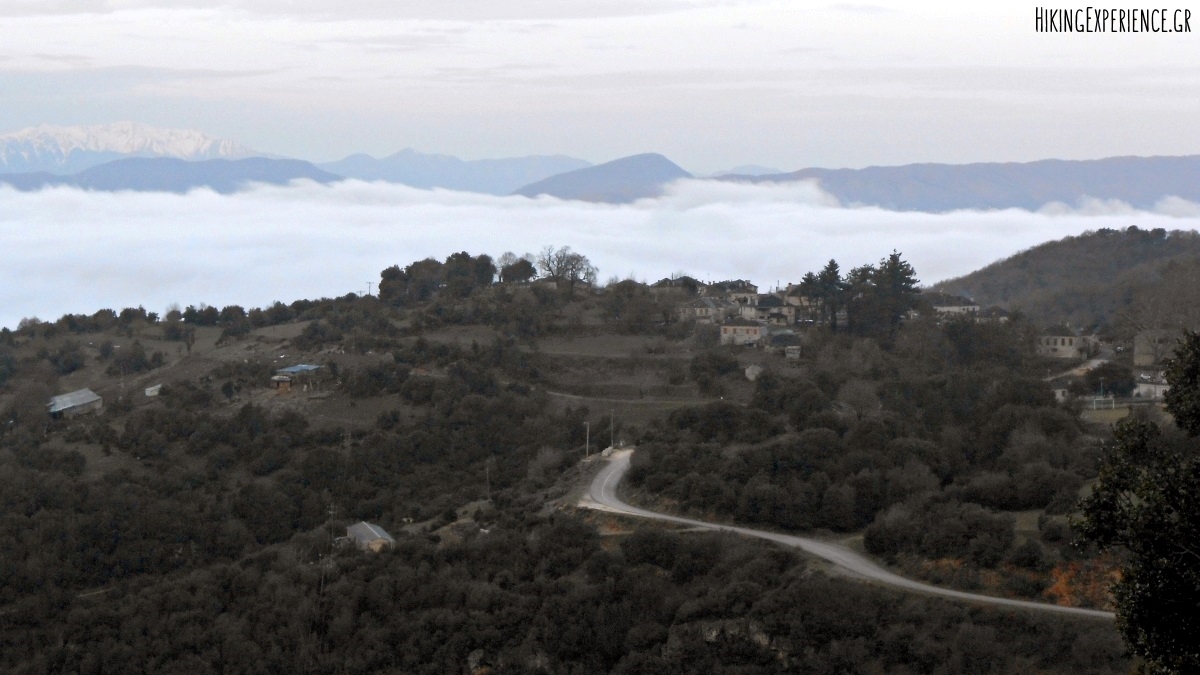 The area and the neighbouring Vikos Gorge, the largest canyon in Greece and (disputably) in all of Europe, attracts many hikers and mountaineers from around the world. 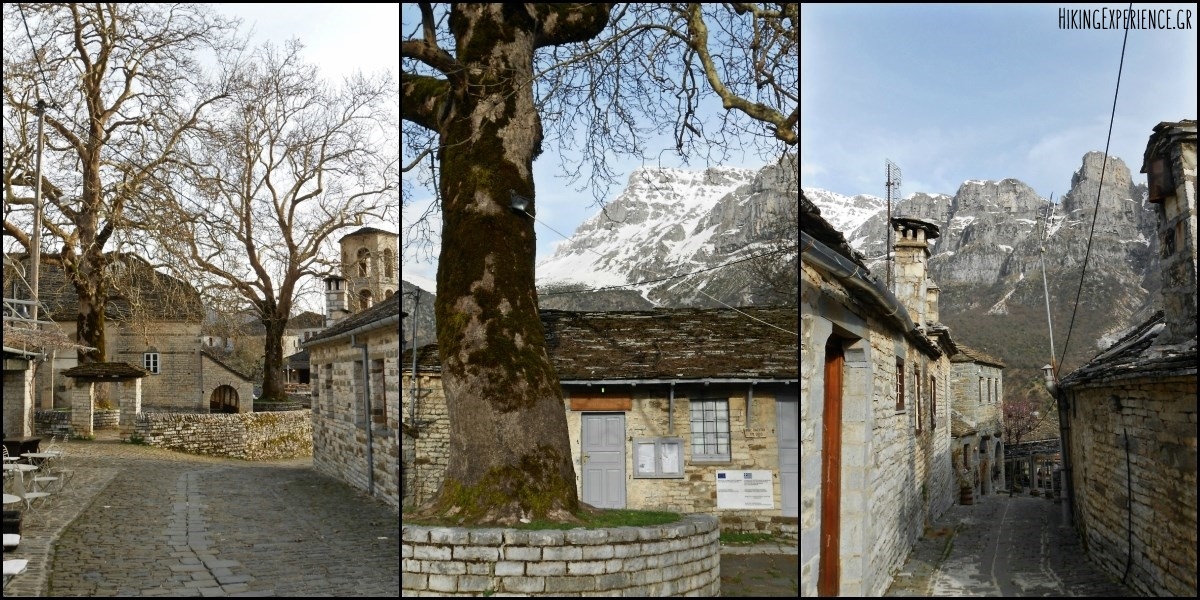 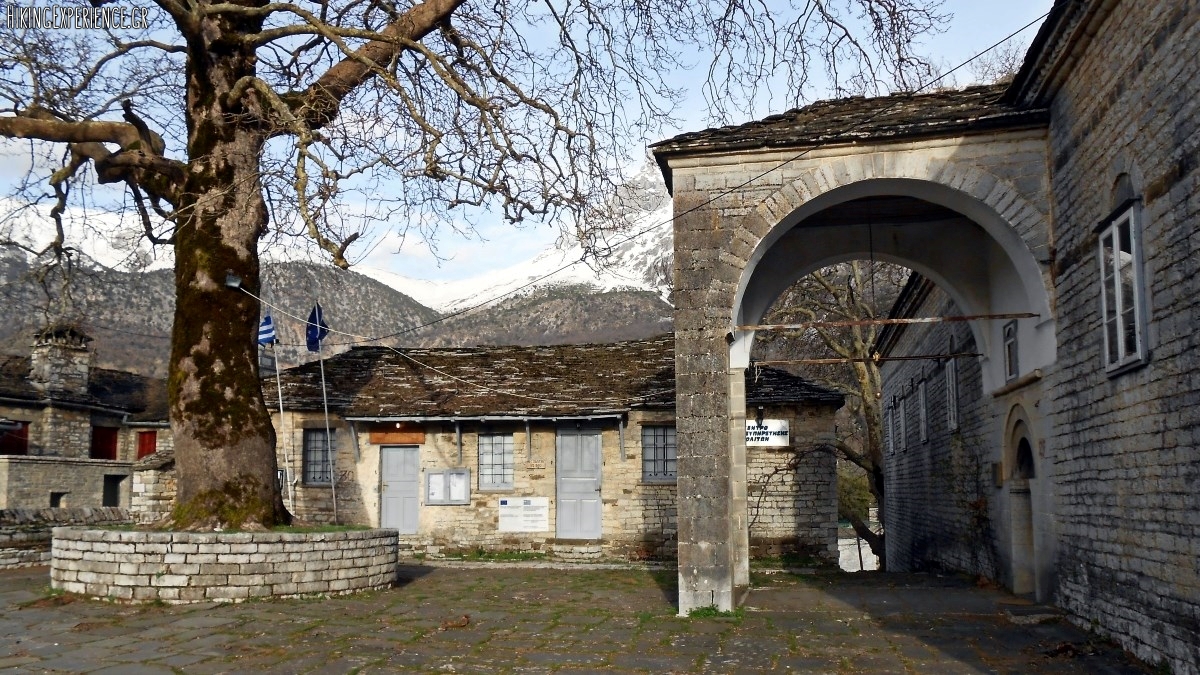 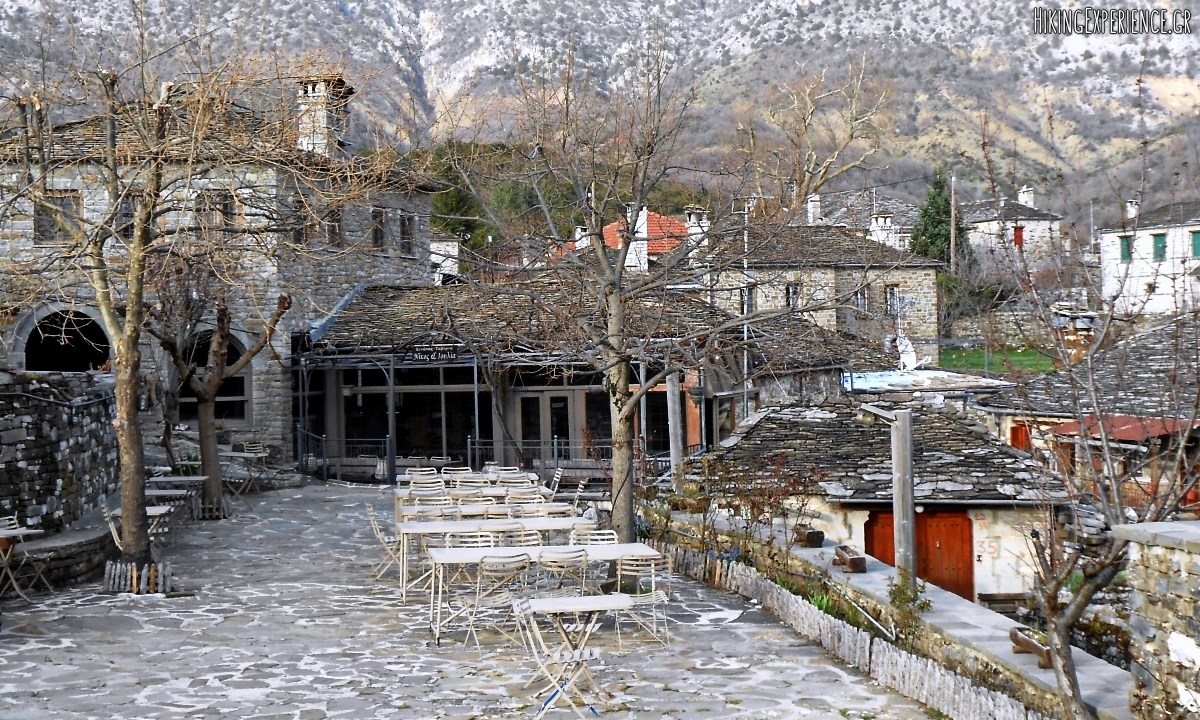 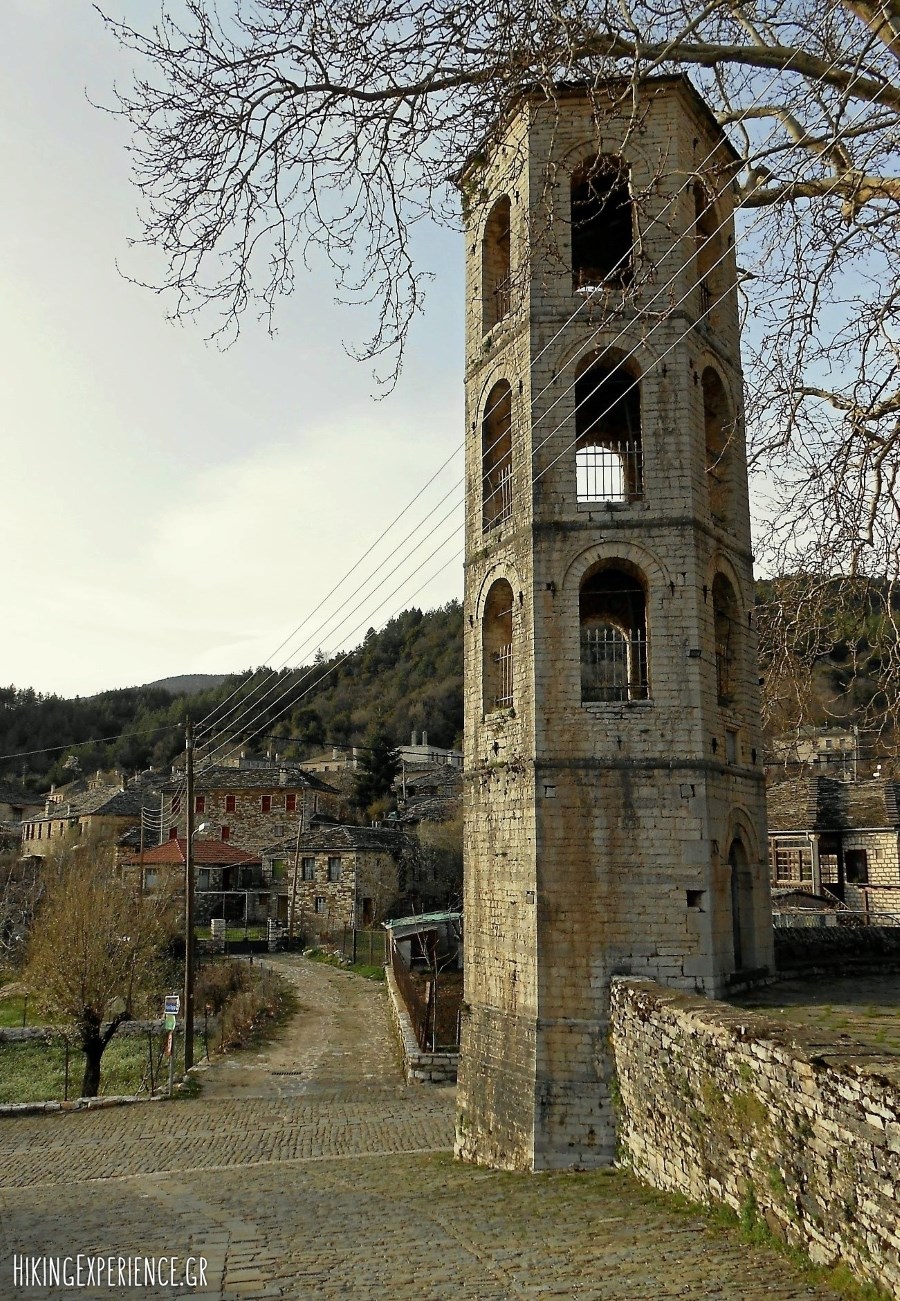 The village of Megalo Papingo proper is surrounded by snowcapped mountains in winter, and also has provisions for lodging as well as tavernas serving up traditional Greek food, coffee, and spirits. It is located at an altitude of 900 m. 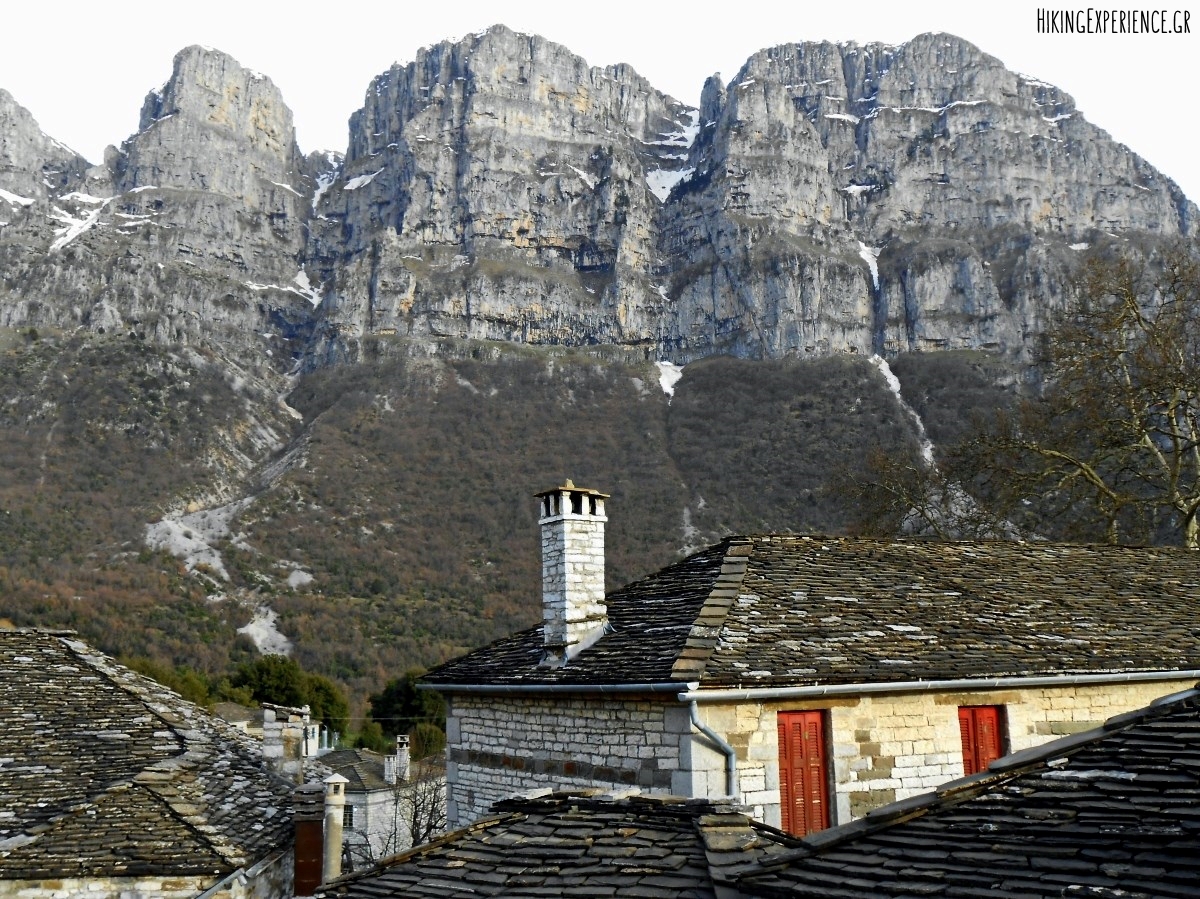 The impressive “Towers” of Astraka peak (2,432 m) in the background 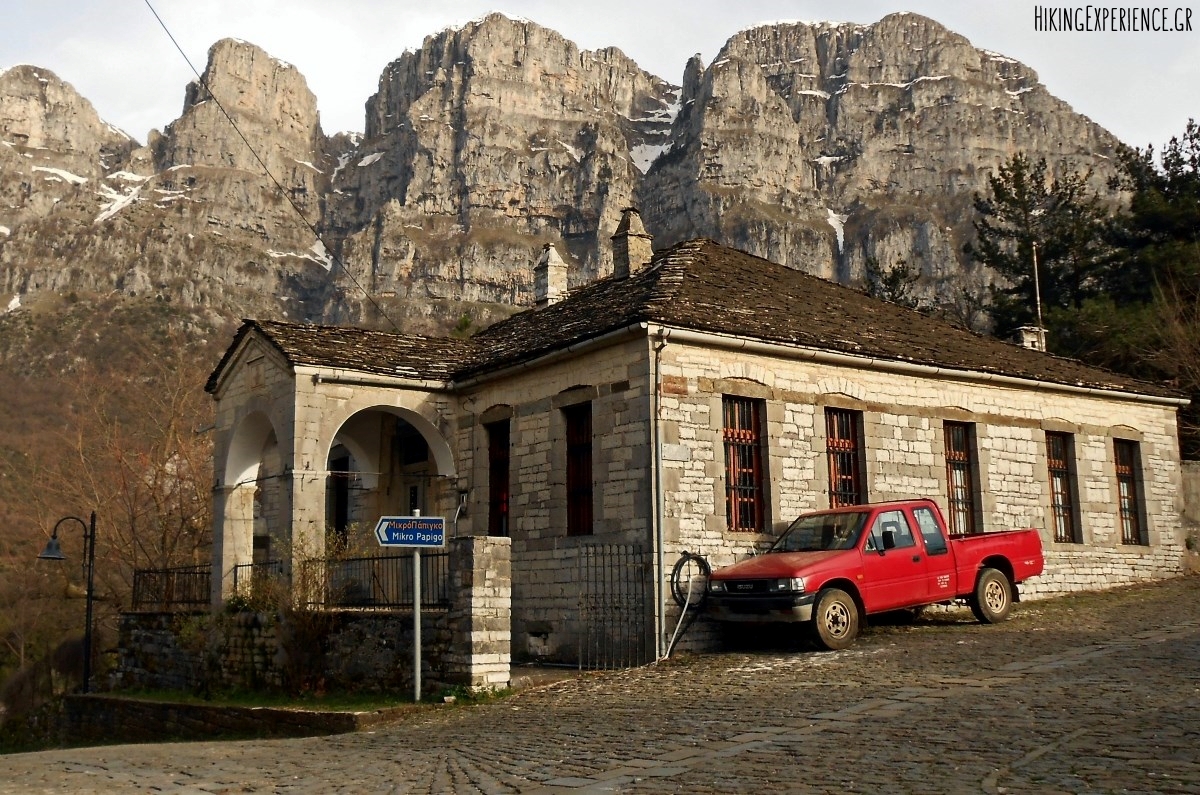 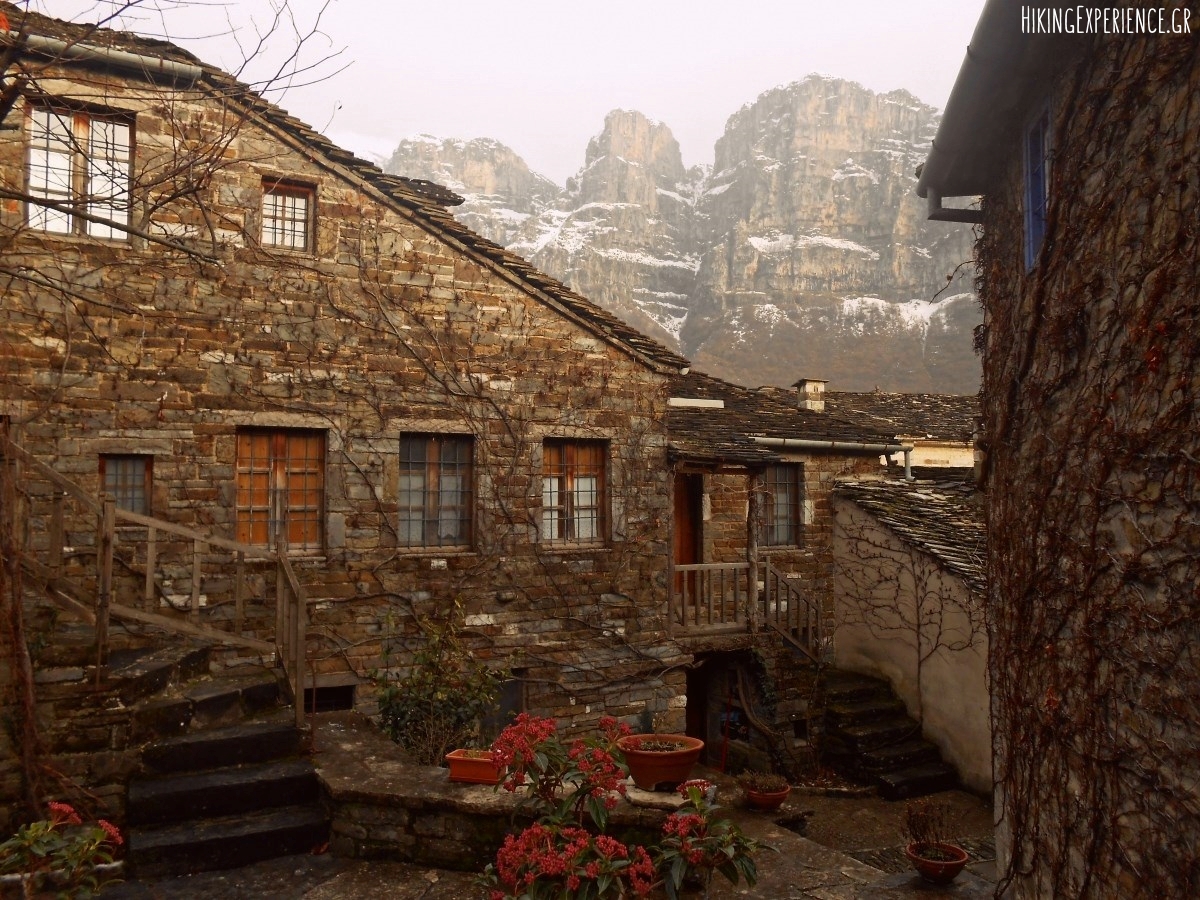 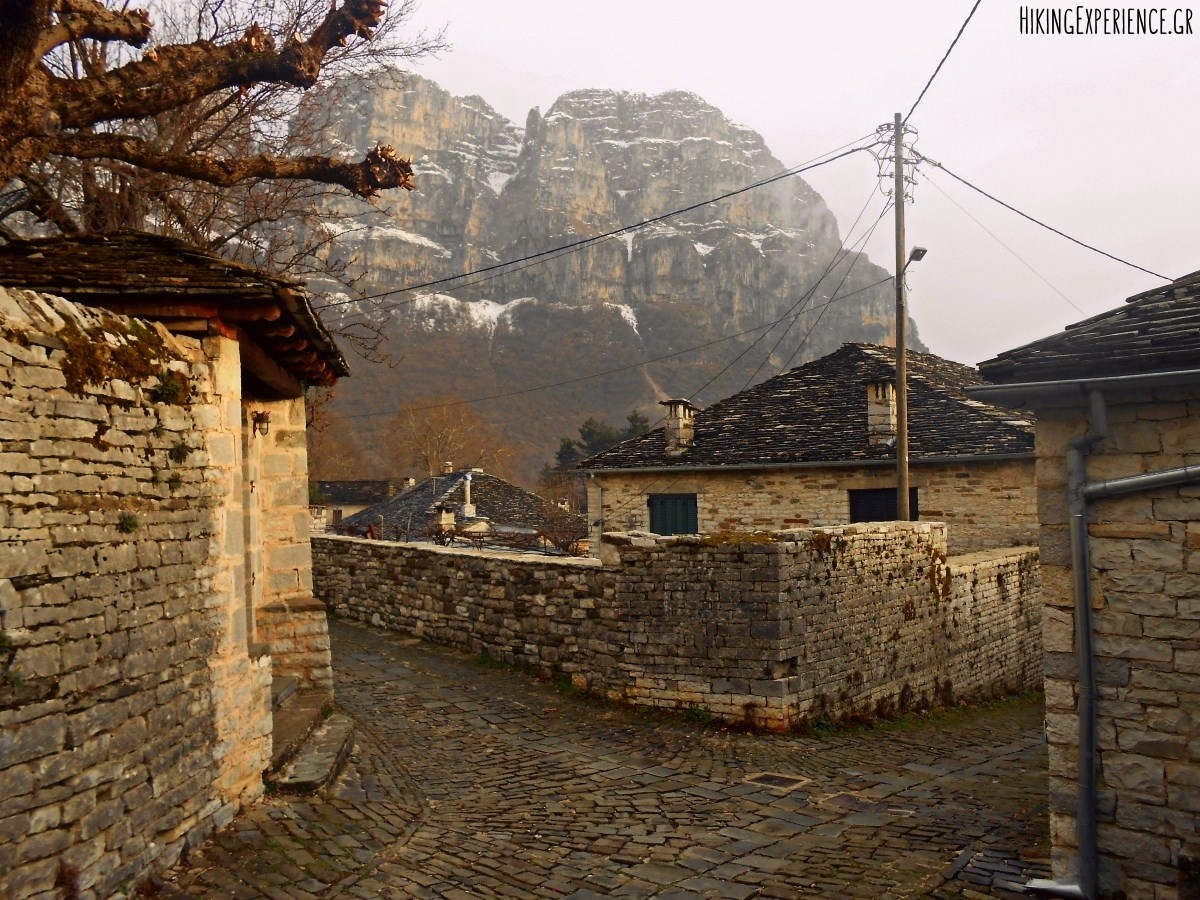