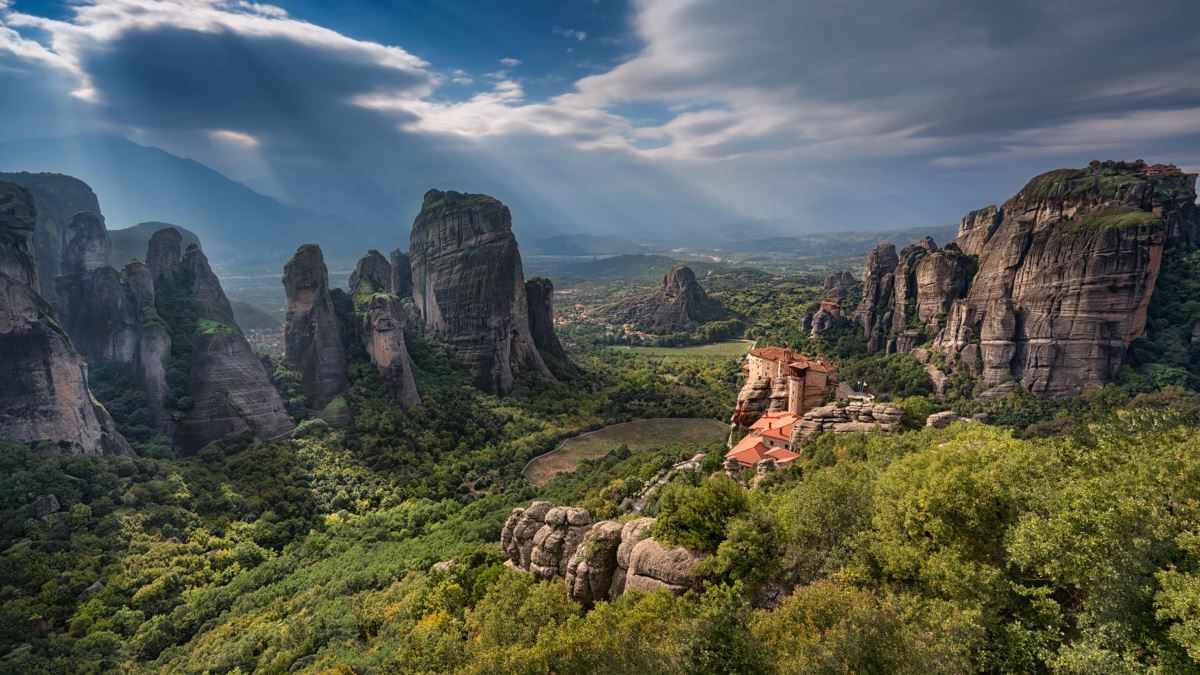 How could anyone describe this astonishing geological phenomenon, the breathtaking landscape, the inspiration and spirituality felt, the awe for man’s achievements in an effort to express his religious drive, when these are only some of the many things a traveler experiences when visiting this phenomenal land!

These immense, solid rocks, split by earthquakes, weathered by water and wind over millions of years, are nature’s authentic masterpiece. Emerging about 25 million years ago as the elevated seabed material that was the outcome of strong tectonic movements, the Meteora rocks became a shelter of humankind. The first hermits arrived in this area to seek spiritual isolation and inhabited the caves of the rocks, with the sole aid of ropes and ladders. Common existential needs and strong religious faith compelled them to live united in the first monastic communities, their common drive of faith guiding them towards the unrepeated construction of monasteries of highest architectural and artistic value.

The 24 monasteries emerged on the countless summits of the rocks from the 14th until the 16th century, 6 of them remaining to be explored and admired by all. These monasteries became the centers of the Orthodox creed in the Byzantine era, having produced some of the best pieces of religious art and craft and still possessing a collection of precious manuscripts, which today are on display in their museums.

The Meteora monasteries have been included in the UNESCO World Heritage List and the Meteora-Antichassia region has been officially declared a Natura 2000 Ecological Zone by the Greek Ministry of Environment, for the protection of rare species of birds and flowers.