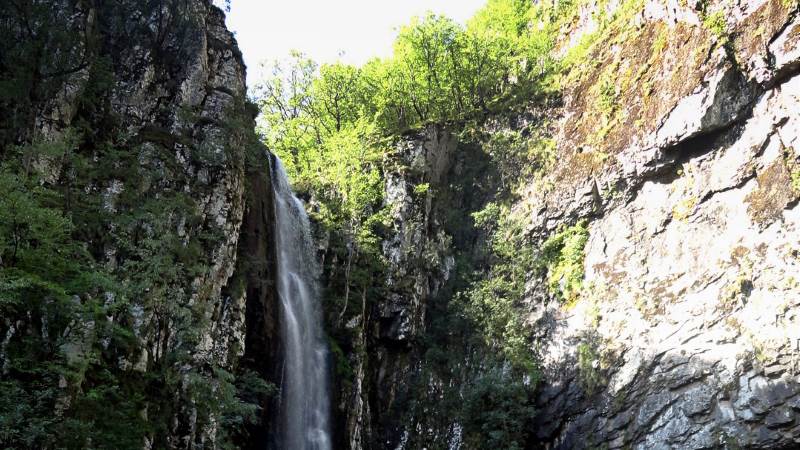 Livaditis or Trachoni is a magnificent 40 meters high waterfall near the village of Leivaditis, Xanthi, Thrace, Greece. It is said to be the biggest in Europe of the amount of the falling water. 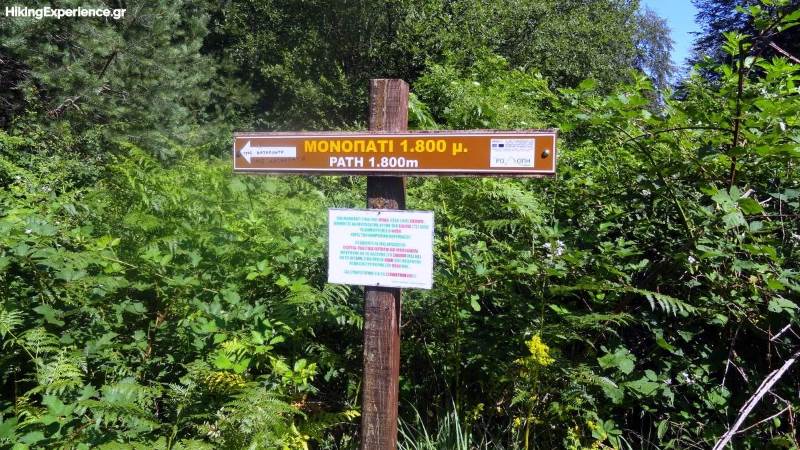 At the beginning of the trail 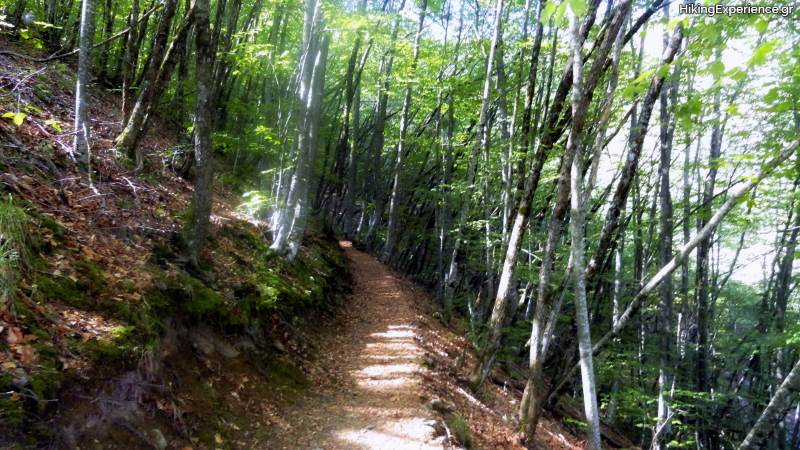 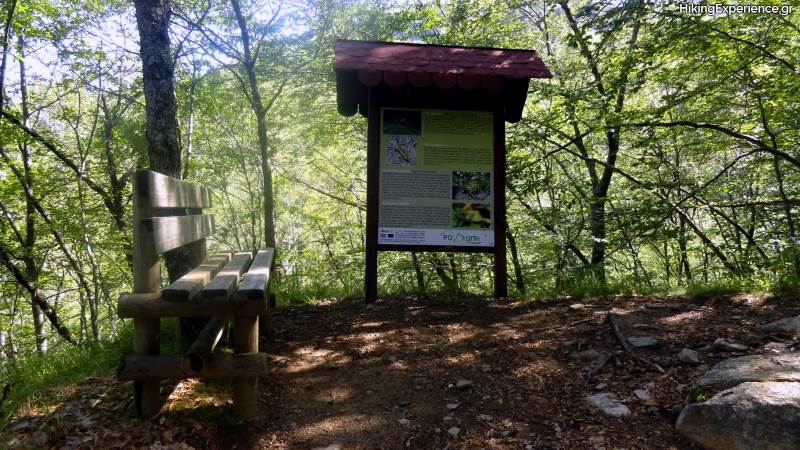 The main access to the waterfall is by taking a specially configured marked hiking path, which starts at an altitude of 1,200 meters (See map). It’s a 45 minutes descent into the wild natute. There are a lot of old bridges, tall trees, beeches and oaks and a very rich vegetation. 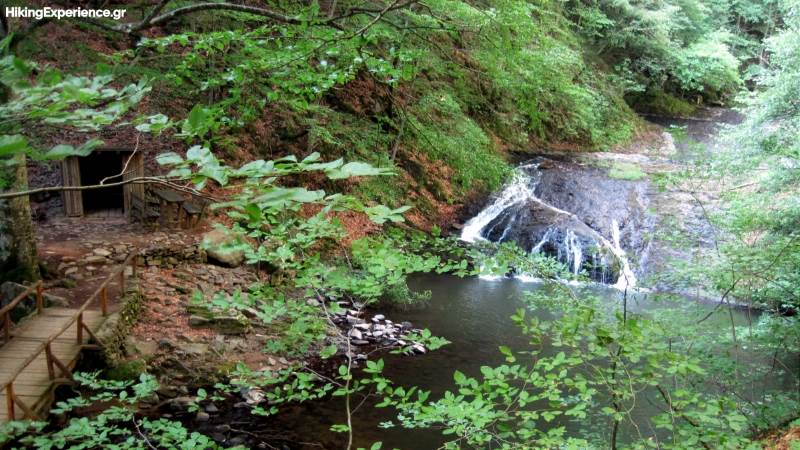 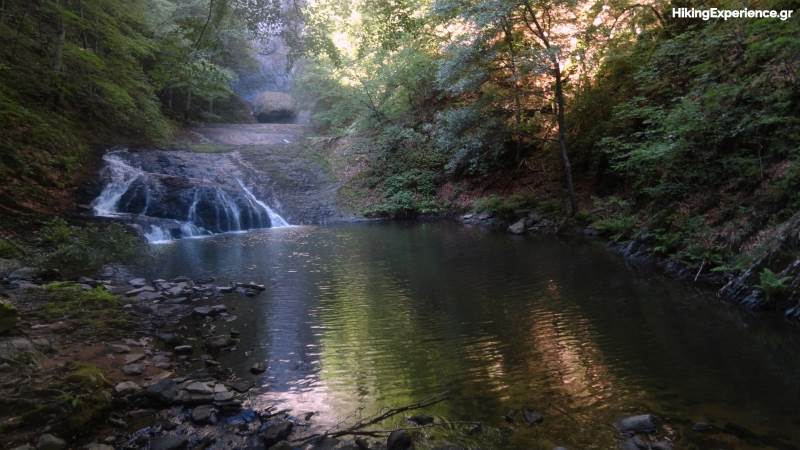 During the winter months, the waters of the waterfall freeze, creating a huge crystal sculptures, but keep in mind that the access is dangerous, due to the low temperatures and the icy terrain. 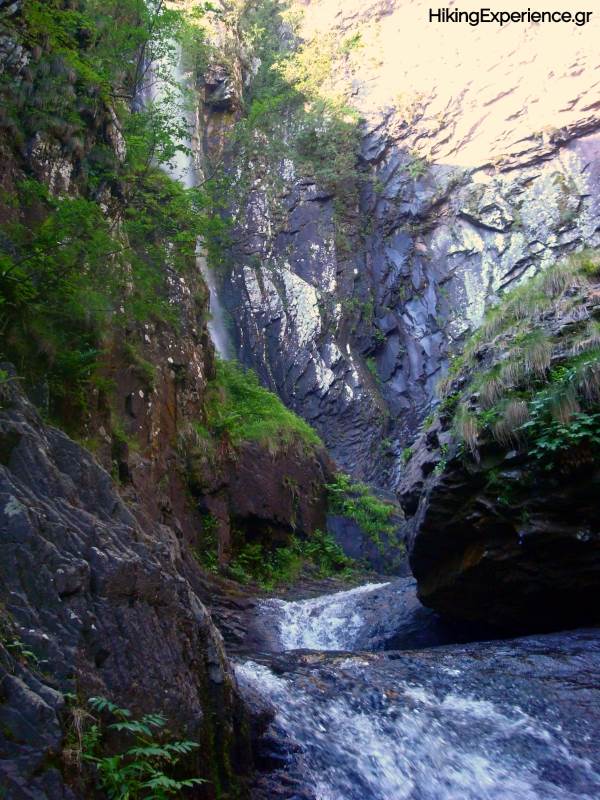 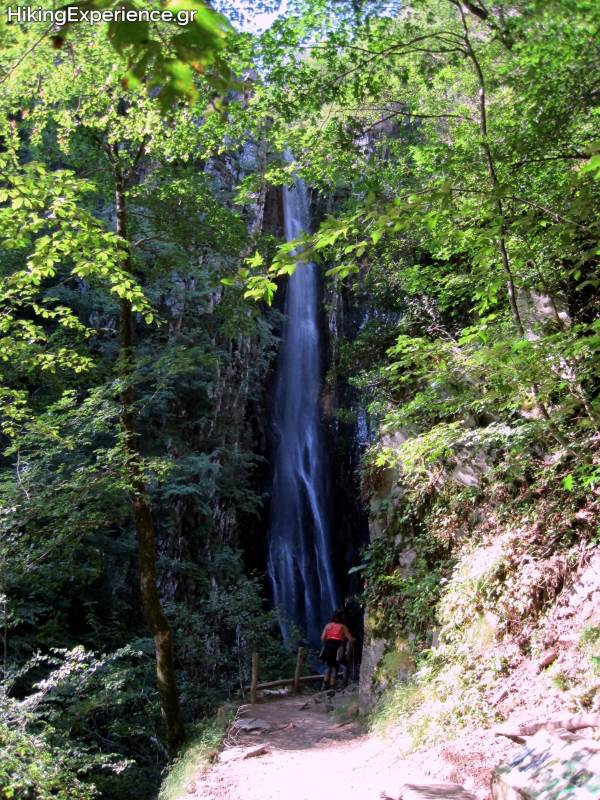 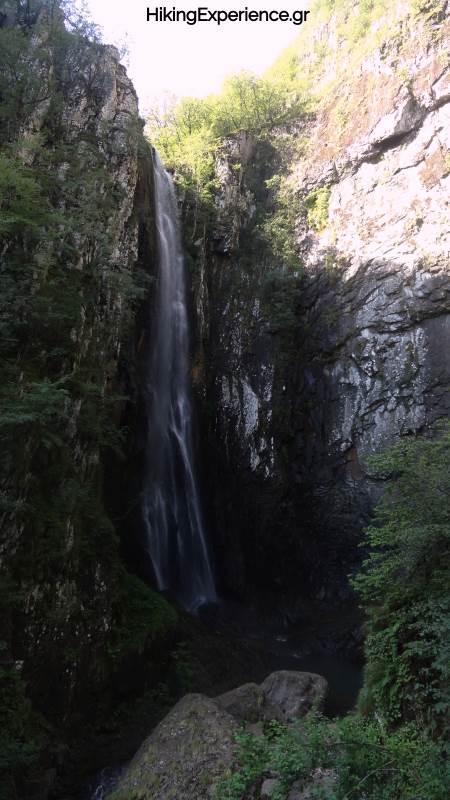 Map of the Trail