May the Gods ski with you 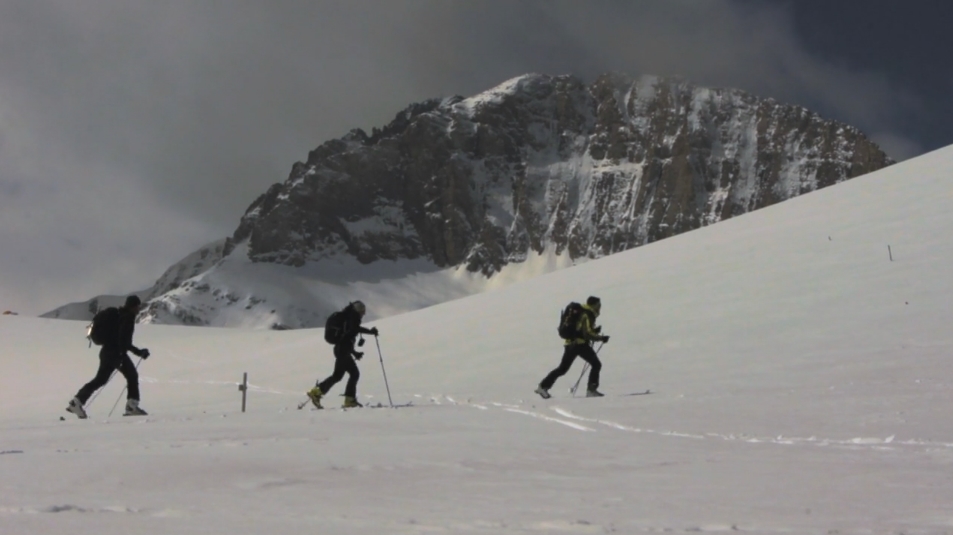 On August 2nd 1913, Christos Kakalos from Greece, Fred Boissonnas and Daniel Baud-Bovy from Swiss were the first to ascent the highest peak of Mt.Olympus, Mytikas 2.917m.

Hundred years after that first ascent skiers started to discover the endless possibilities of that mythical mountain.These steep faces and breathtaking landscapes caught the attention of extreme skier Davo Karnicar (1st to descent from the 7 summits). Along with him was, the pioneer of ski touring in Greece, George Klaoudatos, the young talented skier Dimitris Papakonstantinou, a guy who has Mt.Olympus as his second home, Mike Styllas and the well known ski movie director Constantine “CP” Papanicolaou.

All of them gathered on C. Kakalos refuge, spend some days skiing, exploring the mountain, having fun and above all they shared with us their thoughts and experiences. Filmmaker Christos Tsoutsias (“Traverse du Lefka Ori” 2011) with mountaineer – director Pavlos Tsiantos (“Cho Oyu” 2004, “From Olympus to Everest” 2009) followed and filmed them on their quest to ski the mountain of the Gods and reveal what was already there for thousand of years.

May the Gods be and ski with you.