Mount Parnassos shelter is located at an altitude of 1,820 meters on the western slopes of Gerontovrachos peak.

The shelter can accommodate 33 people in 4 different rooms. It is heated by a large wood stove that transfers heated water to the shelter’s radiators. The electrification is done through photovoltaics.

The first part of the shelter was built in 1923 and has an organized kitchen and a beautiful living room with a wonderful view to the south.

It’s named “Michalis Defner”, by an old climber and skier, who was a member of the Greek Battalion of Skiers during World War II and fought on the Greek-Albanian border.

Location on the map

In the past, I was lucky to experience an overnight stay in the hospitable shelter, during an ambitious winter crossing of the alpine slopes of Mount Parnassos. 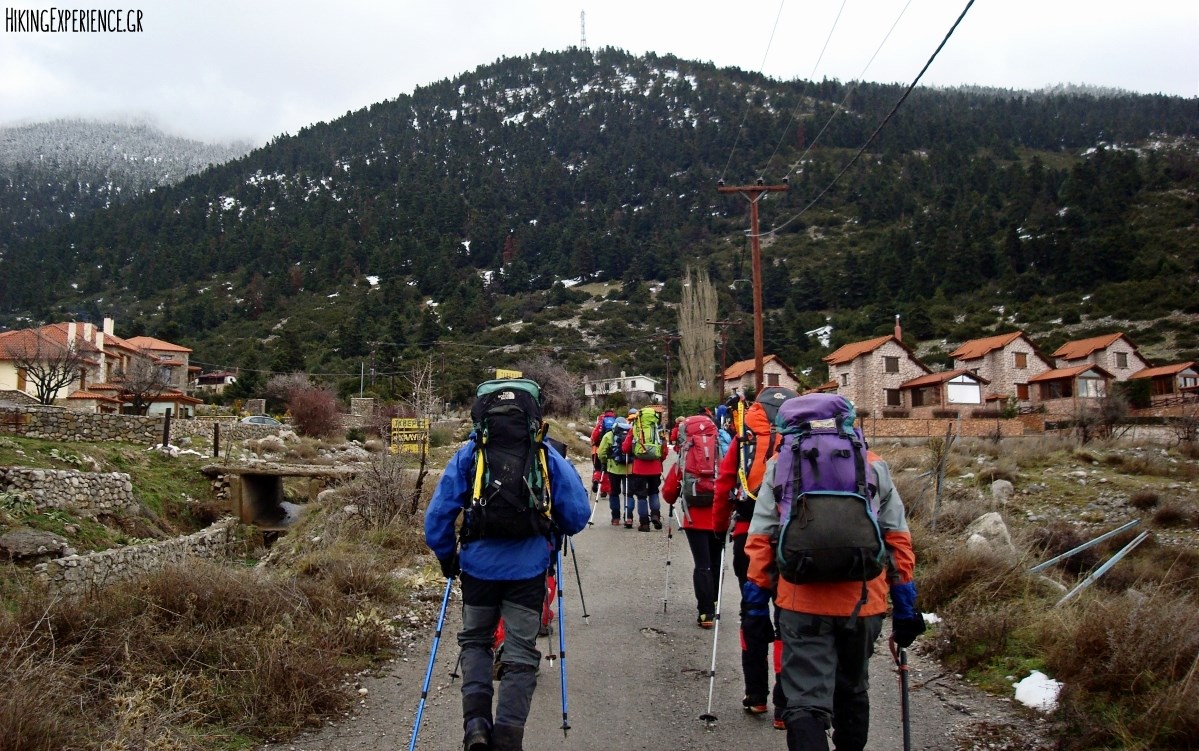 That winter was quite generous with Mount Parnassos, giving it several centimeters of snow, even at low altitudes.

A temporary blizzard was not able to stop us. When the weather cleared, we all enjoyed some wonderful images that only snowy mountains can offer.

The trail leads to a dirt road that passes between the peaks of Pano and Kato Psilo. The snow is deep enough and every step is a real feat.

From “Laka Pasha” position, while the snow was getting deeper and deeper, we followed our own route (outside the marked trail), and after 4 hours and 5.5 kilometers we reached the snow-covered shelter.

Map of the trail