River Lousios and its Gorge 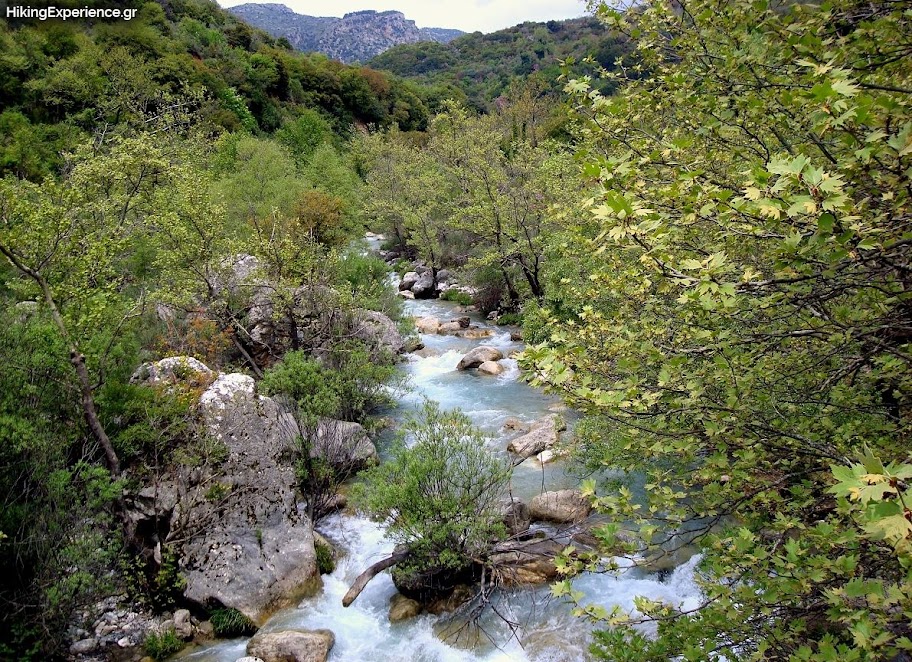 Lousios is a Peloponnesian river and a tributary of Alfeios. It is a relatively small river, approximately 25 kilometres long. However the landscape that surrounds it on its both banks is magical. The name of the river has ancient origins. It is said that it was given this name because the newborn Zeus was bathed (Louzo=bathing) in its waters by the nymphs Theisoa, Neda and Agno.

Near Karytaina, River Lousios crosses a gorge of substantial environmental importance, about 26 kilometres from its mouth. The natural beauty of this gorge fully justifies its characterization as a protected zone by the Ministry of Culture in 1997. Its flora is rich, and its fauna includes many species of reptiles, birds and even bats. There are numerous monasteries, churches and hermitages around the river, evidence of the religious life that developed there in the past. 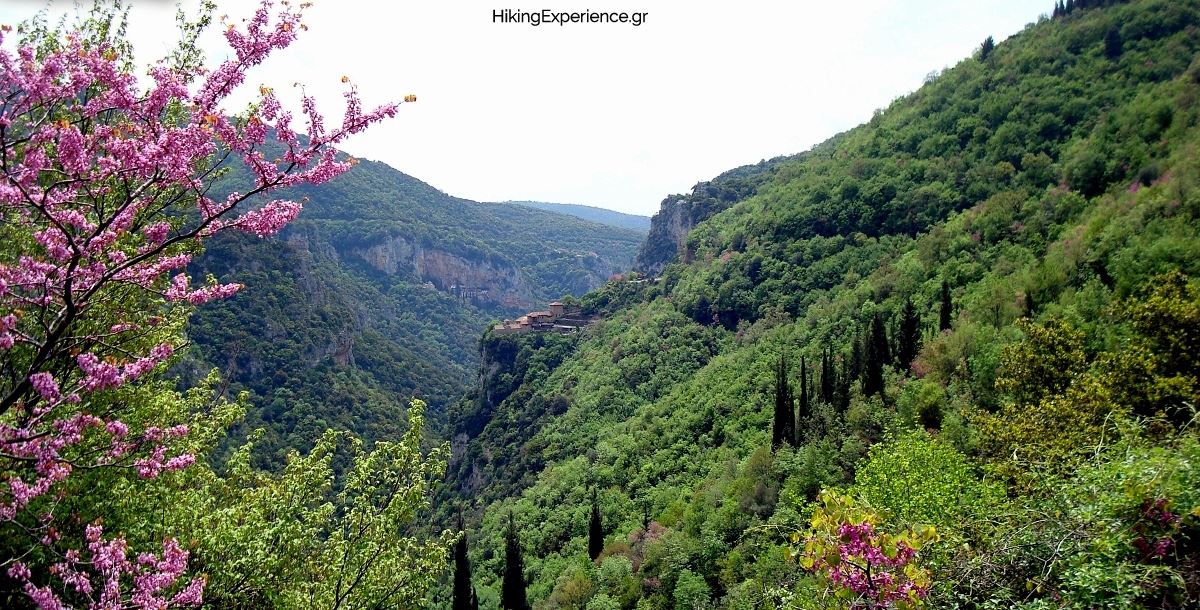 The gorge is ideal for a plethora of activities, like rafting and kayaking. It is a particularly impetuous river and is certainly not recommended for beginners. However, the crossing of the gorge is something suitable for everyone and a truly unique experience.

Lousios is an impetuous river and it contributed to the development of the wider area. The residents realized its power and took advantage of it by building tanneries, watermills, flour mills, distilleries and particularly gunpowder mills. All this activity made the area renowned for its specialization in hydromovement. All this and much more can be seen at the unique Museum of Water Power in Dimitsana. 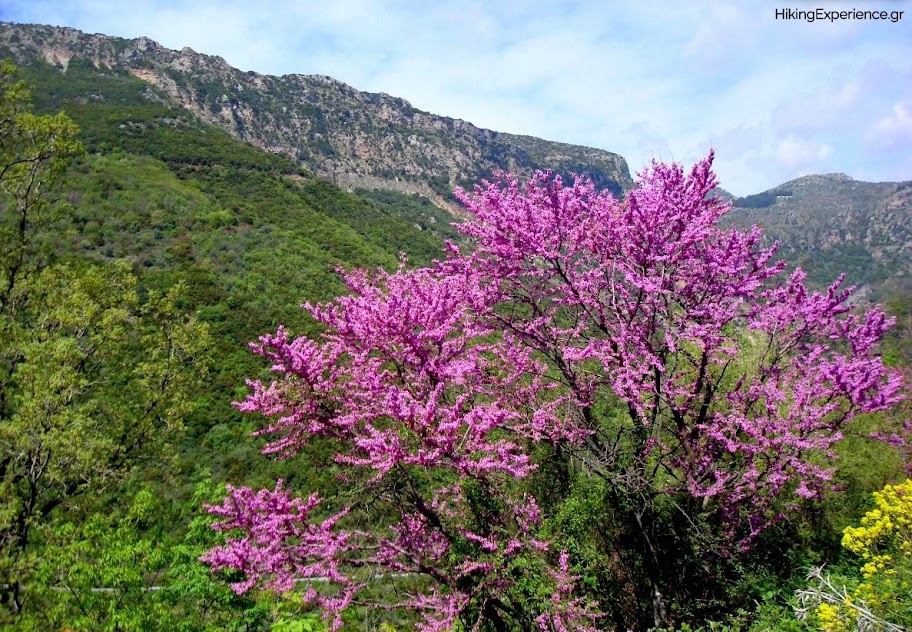 Religious and ascetic life developed on both sides of the gorge, especially during the Turkish occupation; something obvious from the existence of numerous monasteries, churches and hermitages, like the monasteries of Aimyaloi, Kalamiou, Philosophou, St. John the Baptist and the church of Agios Andreas of Gortyna. The wild beauty of the area combined with the serenity of nature were ideal for anyone who wanted to feel closer to God. 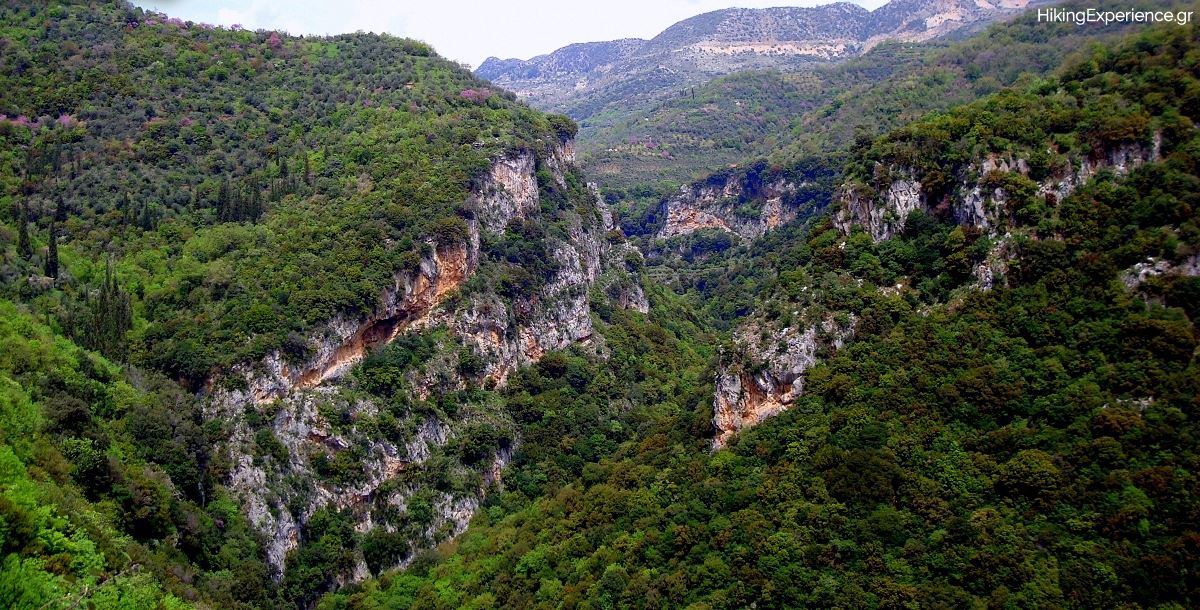 Part of the Gorge of River Lousios

The gorge of River Lousios is one of the most impressive attractions in the prefecture of Arcadia. It is 15 kilometres long and around 2 kilometres wide. On its western side it goes through the National Trail 32, which is part of the European trail E4 GR that starts from Vytina, passing through the villages of Zygovisti, Dimitsana and Paliohori, the Monasteries of Philosophou and St. John the Baptist, then through Karytaina to end up in Gytheio. 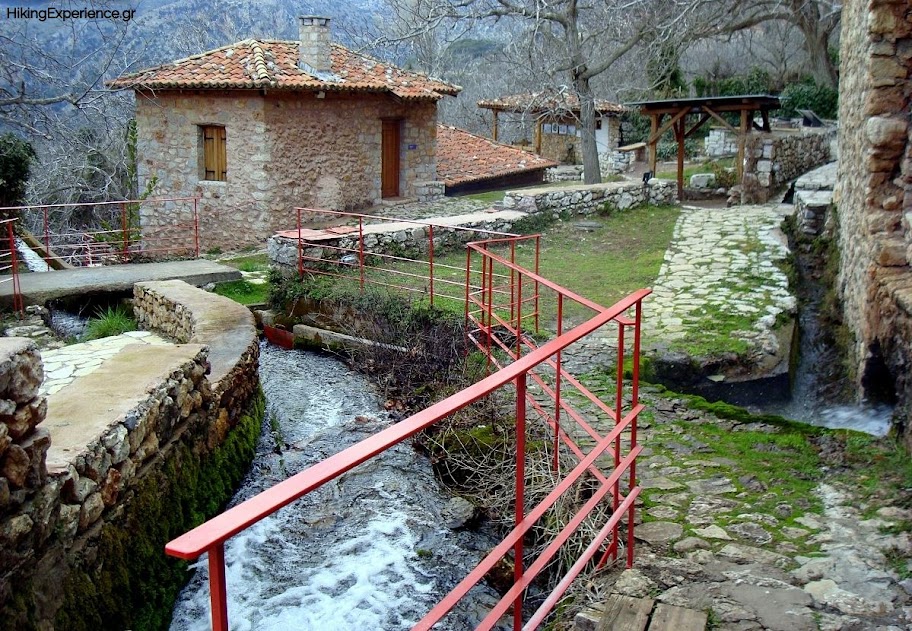 The Museum of Water Power in Dimitsana – Start of trail 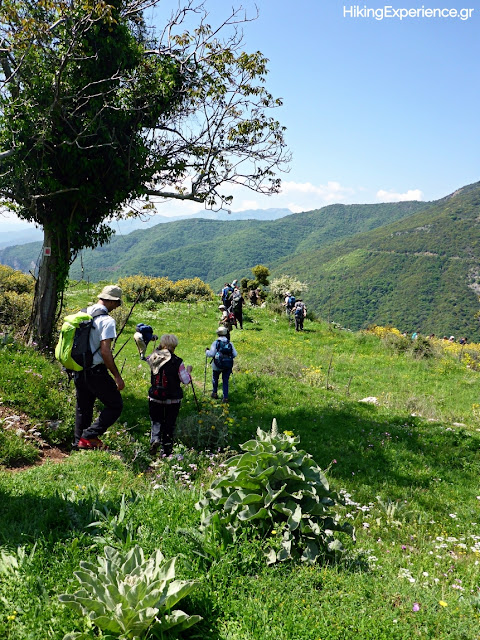 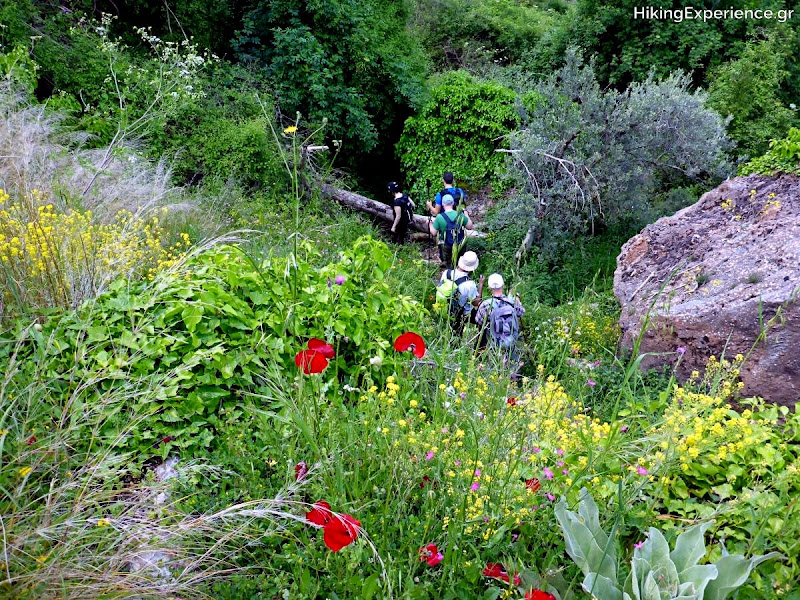 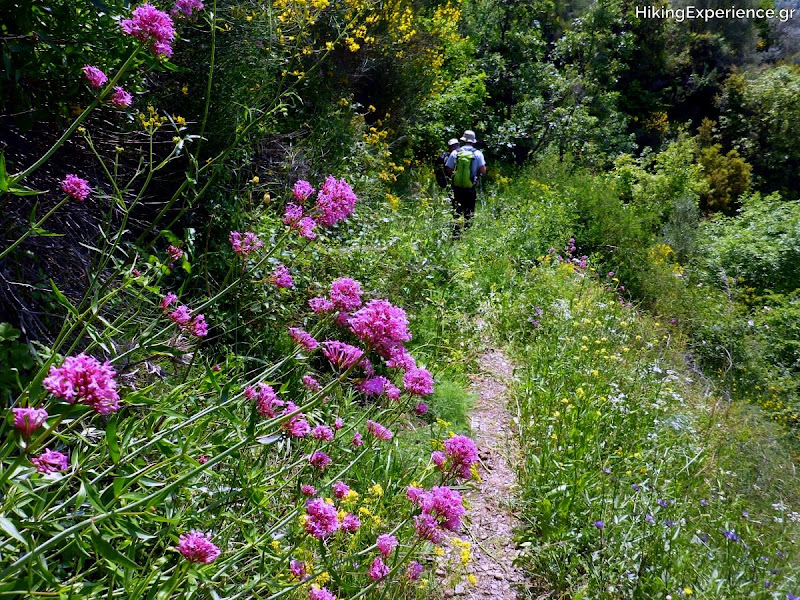 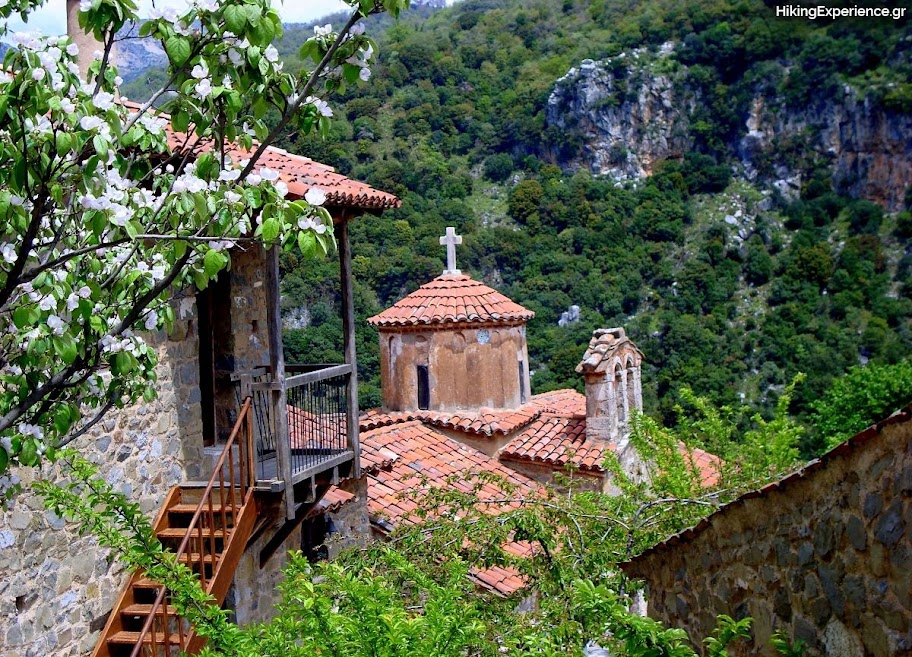 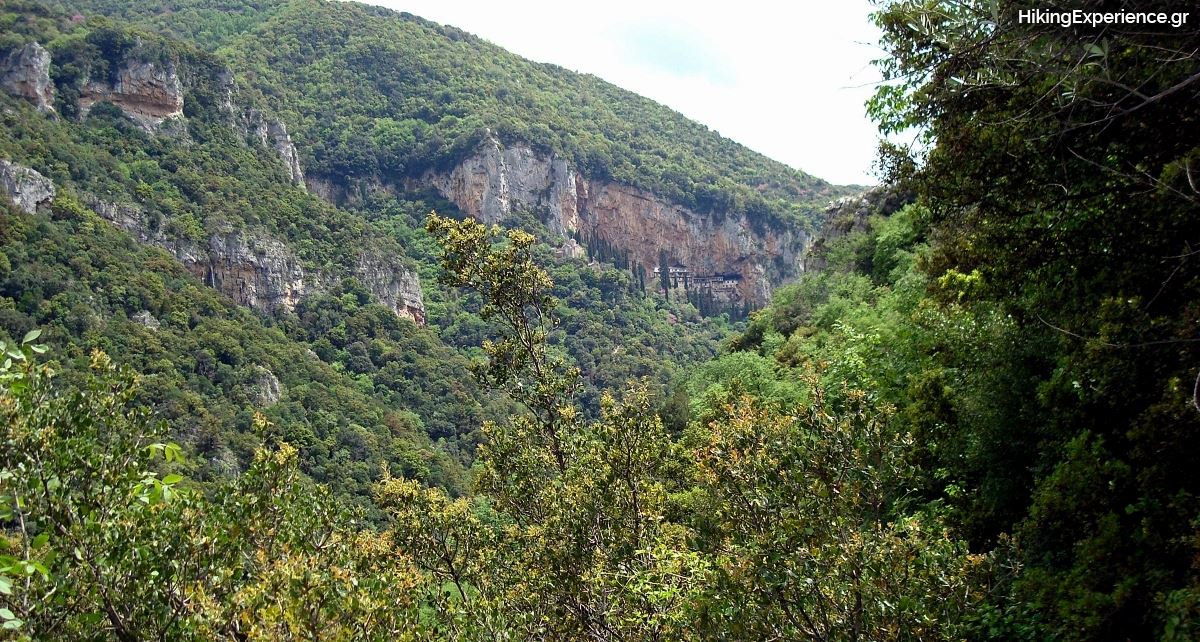 In the far distance you can see St. John the Baptist Monastery, built like an eagle’s nest on the rock 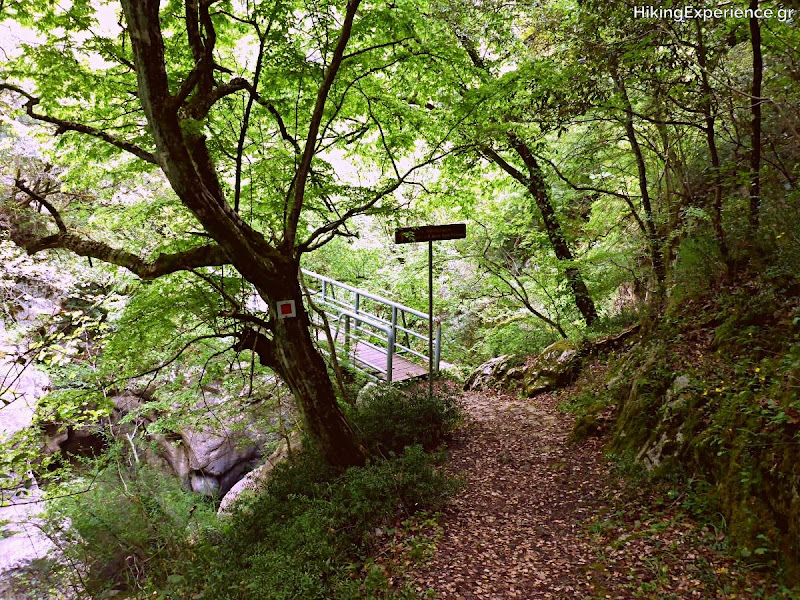 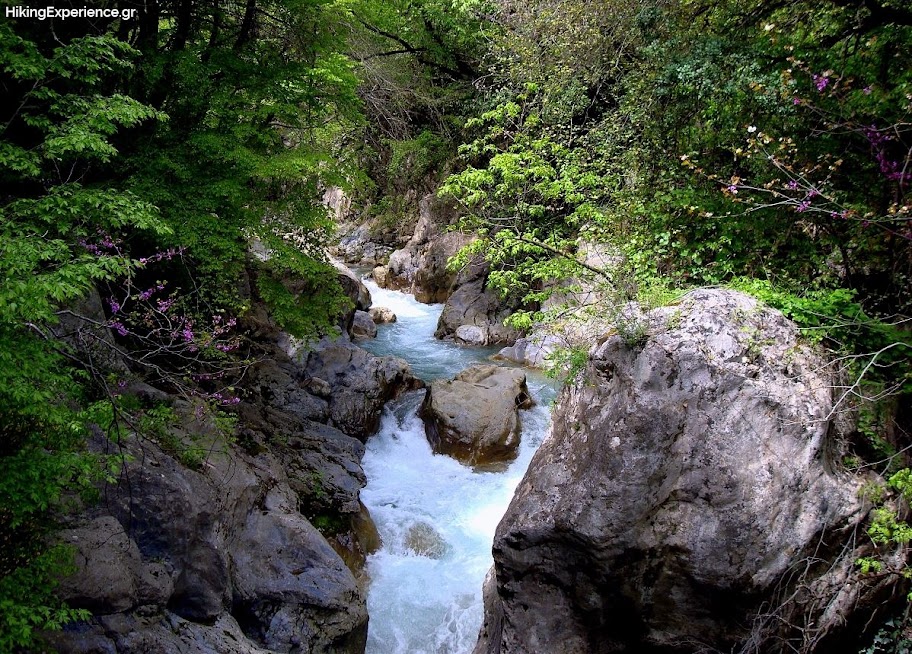 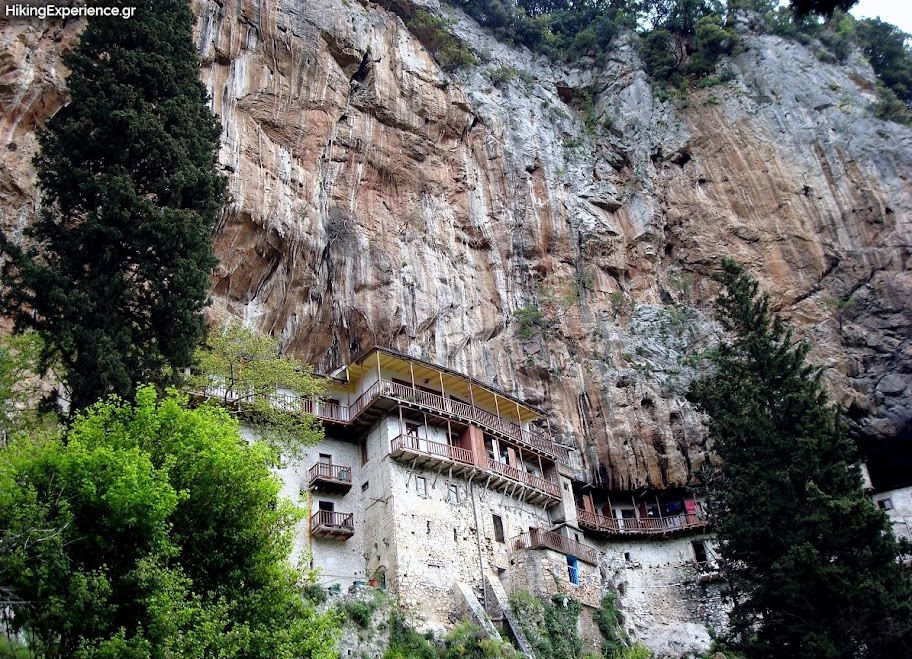 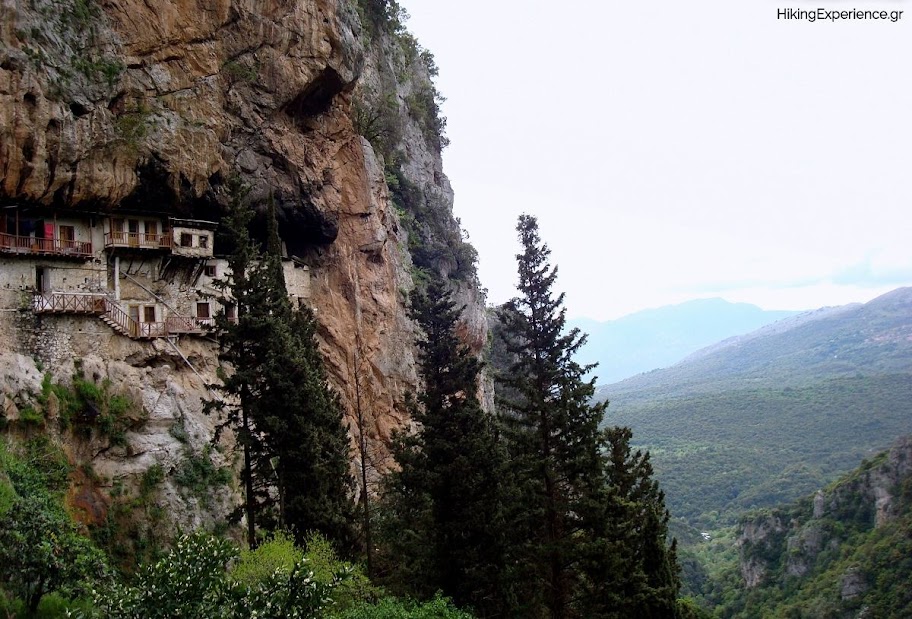 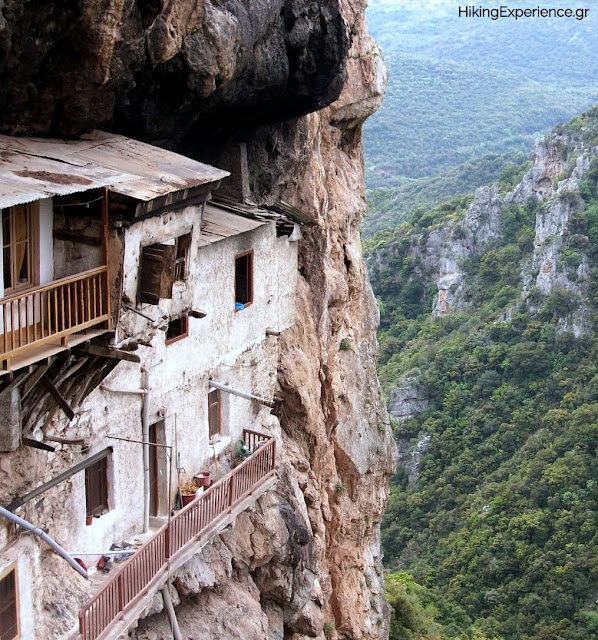 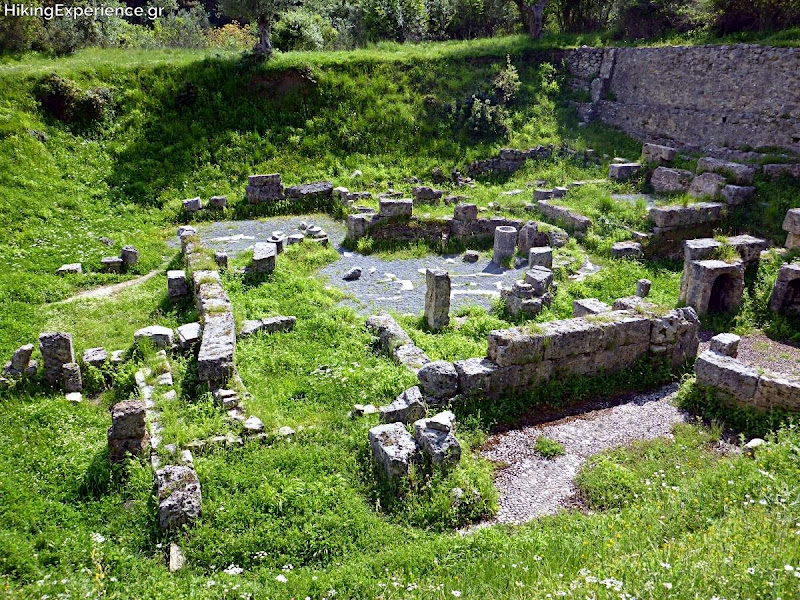